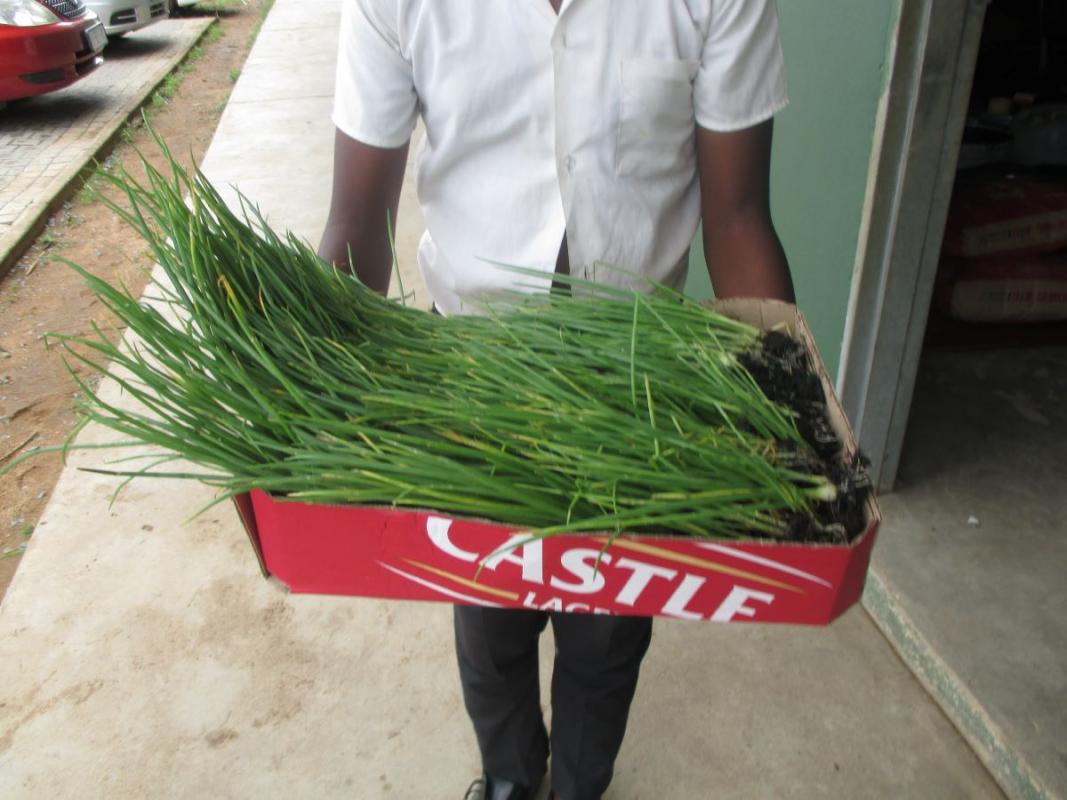 This project was initiated by the visit of two former Rotarians to this school in Kwa Zulu Natal, South Africa, in a very impoverished region, back in 2008.

Mgebisa School is a mixed secondary school of 350 pupils, an hour and a half drive along a dirt road from Eshowe. In 2008 it had no electricity, no running water and just 4 portaloos without any doors.

With the help of a Rotary Matching Grant, this Club together with Eshowe Rotary Club and a local Action Group, provided a new block of 6 toilets. Later a storage system was added to collect water during the rainy season.

For the past few years we have provided funding for the equipment and planting of a large scale market garden in the school tended by staff and pupils.

This has produced the ingredients for the mid-day meal – producing many vegetables including maize, onions, cabbages and beetroot.

For many of the students it is the only meal of their day. This type of meal provision in third world locations is often the inducement to get children to school for their education and to improve their long-term prospects.

back to page above this...